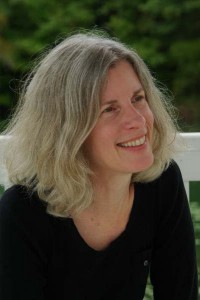 Wendy Collin Sorin, of Durham, North Carolina, received her B.F.A. in printmaking from the Cleveland Institute of Art in 1993. She later studied waterless lithography with Nik Semenoff at the University of Saskatchewan. She has taught his experimental methods at Zygote Press in Cleveland, Ohio and at Kent State University in Kent, Ohio. In addition to exhibiting her work in print, drawing and collage, her artist book collaborations include: Strange Things Begin to Happen When a Meteor Crashes in the Arizona Desert (with poet Michael Basinski; Burning Press; 2001), which was awarded an Ohio Arts Council project grant, Ghost of a Chance, (with Robert Miltner; Zygote Press and Idlewild Press; 2002), ABZU (with Michael Basinski; Runaway Spoon Press; 2003), P.S. At Least We Died Trying to Make You in the Backseat of the Taxidermist (with Derek White; calamari press; 2005), name cloud (with John M. Bennett; fabelhaft press and Luna Bisonte Prods.; 2005 ) and TELLTHISMUCH (with Carlos M.Luis; Runaway Spoon Press; 2005.)  W the Movie, a film inspired by Strange Things Begin to Happen When a Meteor Crashes in the Arizona Desert, and done in collaboration with Indiana filmmaker Alfred Eaker, won Best Experimental Film at the New York International Independent Film & Video Festival in March 2009.

In 2000, Sorin was an artist-in-residence at the Grafikwerkstatt in Dresden, a yearly exchange program sponsored by the Ohio Arts Council between the German printmaking workshop and Zygote Press. In 2004, she was project director and co-curator for a traveling retrospective exhibition (Cleveland, Columbus, Dresden) of the exchange program which included a bilingual catalogue.

Since her move to Durham in 2008, Sorin has had four solo exhibitions and participated in a number of group shows. Her book/ film/ performance collaboration, Strange Things Begin to Happen When a Meteor Crashes in the Arizona Desert, was set to music by composer/ professor Mark Engebretson and had its world premiere in 2010 at the New Music Festival at the University of North Carolina – Greensboro.